As early as prehistoric times, man has exploited the medicinal properties of plants, animal products, and minerals. It is a sad loss that, in our western world, much of the knowledge possessed by those who lived before us, has been forgotten; with the rise of the synthetic industry, any concern for maintaining that knowledge has all but extinguished entirely.

Contrarily, modern-day China still uses a medical system that finds its roots in traditions dating back thousands of years. And this does not mean that no changes have been made over the span of those thousands of years: new theories have been elaborated, new classification systems implemented, old treatment methods revised or discarded, and lots of experimental research has been conducted, in a stream of continuous improvement. What once begun as assembled folk wisdom and crude basic theories, thus grew out to become a solid, yet still ever-changing, whole. Scientific, though perhaps not in the way we are accustomed to hereabouts. 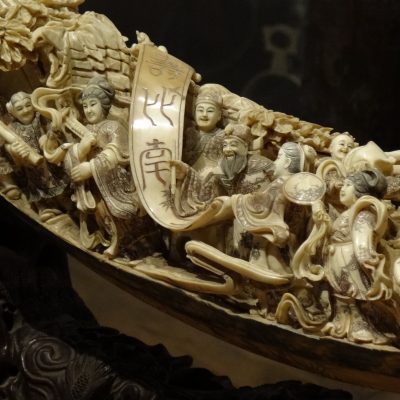